Character Creation for Lost Ark covers information regarding the diverse options available to players for choosing their character when starting a new game. The first and most general division is among five different character Classes. These are broad archetypes that define the character's set of abilities and gamestyle, as well as its initial Stats, Skills and look. Further in-game players can decide among different, more distinct sub-classes. These distinct classes determine specific abilities and specialties that differentiate each character even more.

Classes are gender-locked, highly customizable character types. This means players can't change the class' pre assigned gender, but they can change their appearance. Ranging from skin tones, eyes color, different face types and presets, there are plenty of options for players to modify how the default character looks.

When creating a new character, players must choose from 5 different Classes. These are Warrior, Mage, Gunner, Martial Artist and Assassin. Each Class has their own strengths that differentiate them from the rest. For instance, Gunner characters have greater Range in combat than Martial Artists due to their use of firearms, but the latter have higher Mobility stats.

Upon selecting a Class, the player can then preview one of the different sub-classes contained within. Note that these Advanced Classes are not effectively chosen until further progression in the game. These sub-classes vary from one Class to another. For example, Warrior Class characters can be of one of three types: Berserker, Paladin and Gunlancer, while Assassin characters can be divided in 2 sub-types: Shadowhunter and Deathblade.

The character creator stage allows the player to modify a vast array of cosmetic features in depth, ranging from costumes and generic preset faces to custom tattoos and eye-line colors. The changes are updated in real time to the model which can be observed by rotating it and zooming in or out on it.

The features that can be changed and personalized in the character creator stage include: 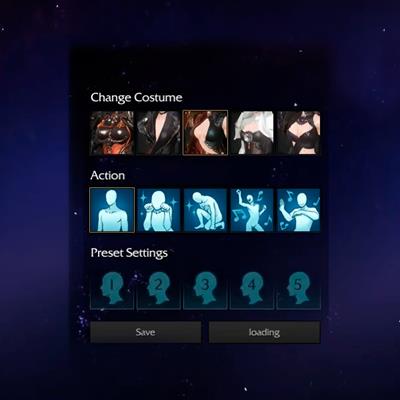 Players start off by basing their characters on one of 25 presets or by generating a random one with arbitrary attributes. These include different faces, hairstyles, eyes, skin tones and makeup that can then be modified in the following tabs. Resetting will discard any changes made to the preset base and revert it to its predefined configuration. 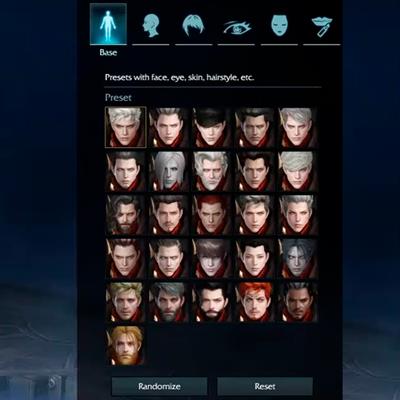 Similar to Base, the Face tab offers twenty-five presets and a Randomize button which generates an arbitrary face. Unlike the Base tab, this only affects the face and its features and does not modify other head elements.

In Face Detail Settings, various features of the face can be modified by adjusting a series of sliders. These are: 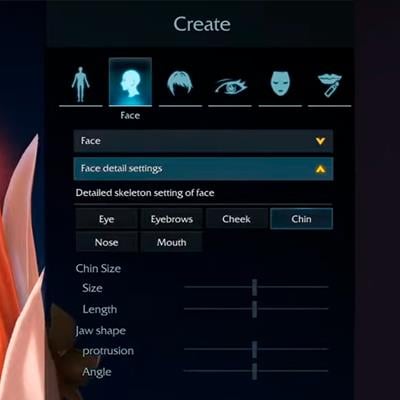 This section offers 20 different hairstyles for each of the five Classes. Note that hairstyles vary from one Class to another. So, for instance, the hairstyles available in the Character Creator Stage for the Mage Class are different to the ones offered to Martial Artists, even though both Classes are female characters.

Players can customize diverse aspects of their characters' hair. This are: 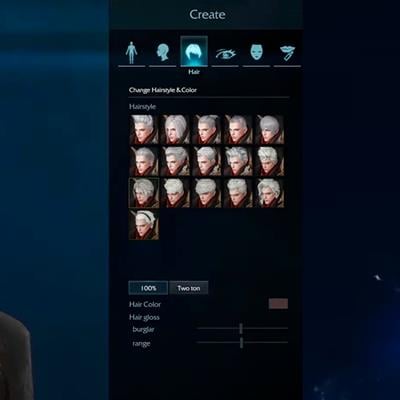 The Eye tab allows for shape and color tweaking of the eyes. Players can modify: 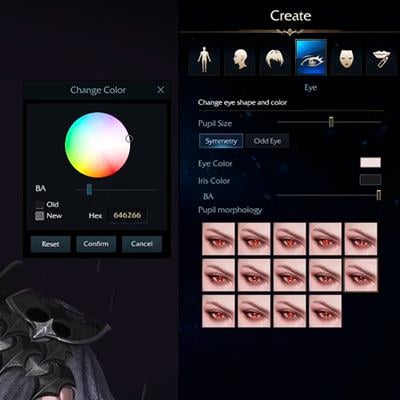 The Skin tab includes options for customizing the look of the character's skin. 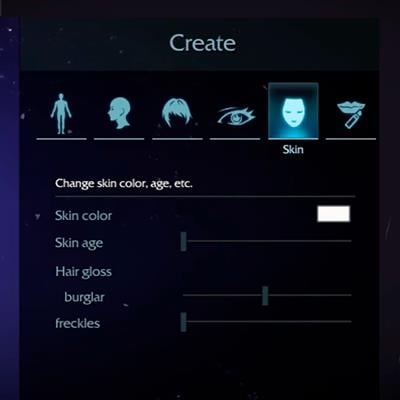 The Makeup tab provides options to customize cosmetic aspects of the character's face. 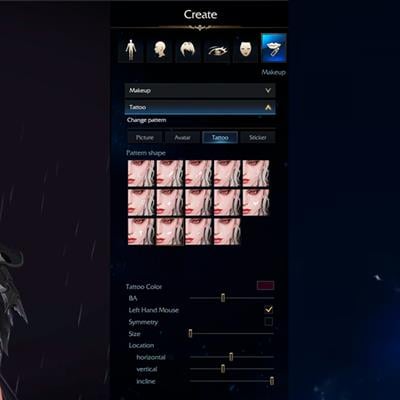