Join VIP to remove all ads and videos

Closed Beta for Lost Ark covers information regarding the upcoming closed beta such as how to sign up and join, founder packs and free game keys via twitch drops. This page also includes information on what to expect once you join the closed beta: Classes and Game Content available, Features, Store purchases. So make sure to visit the wiki to keep yourself posted for updates and changes to the game. Arkesia Awaits.

How To Get Into the Lost Ark Closed Beta?

Lost Ark Closed Beta Dates / Times and Gameplay overview: The test will run on Steam, starting November 4 at 9AM PT (4PM UTC), and closing November 11 at 11:59AM PT (6:59PM UTC) with servers in North America and Europe. You can redeem beta codes from international accounts, but access is not on Steam store by default.

The primary focus of the Beta test will be on the technical aspects of the game such as server stability, tech integrations, and large scale bug testing, but you’ll also find a host of new content that you can experience and test.

You’ll begin seeing some of these changes at the beginning of your Beta adventure, starting with the all-new Prologues. These Prologues are designed to provide insight to the background of your character’s class while speeding up and standardizing the tutorial phase of the game. This is especially helpful if you want to try your hand at more than one class.

How do I join the Closed Beta?

You will be able to begin pre-downloading the Closed Beta build on November 2 after 4 PM PT (11PM UTC). If you purchased a Founder's Pack through Steam, the Closed Beta Test will automatically appear in your library as a new application ready for download. If you purchased through Amazon, you will receive a Steam key via the email associated with your Amazon account. Emails will be sent out at starting at 4PM PT (11PM UTC) on November 2.

If you signed up for a chance to join Closed Beta through our Tester Sign Up form, please note that you may receive a key at any time during the Closed Beta period based on the team's testing needs.

Can players stream during the Closed Lost Ark Beta?

Yes, closed Beta marks the first point where you can feel free to stream and create content using Lost Ark.

Can I Collect Footage from the Closed Beta to use as content if it is released later?

Yes, you can capture footage of the Closed Beta to use at a later date. However, please be aware that this is a Beta and not the final version. There will be changes between Beta and Launch that may completely change the nature of any footage you collect, and would be out of date.

When will the Closed Beta be available?

The Closed Beta is scheduled to be live on November 4 at 9AM PT (4PM UTC).

How do I access and play the Closed Lost Ark Beta??

Will my Closed Technical Alpha progress be carried over to Closed Beta?

No, Closed Technical Alpha access does not guarantee Closed Beta access. If you are granted access to the Closed Beta, you will receive another Steam Key and information on accessing the Closed Beta.

How long can I play the Closed Beta?

What regions is the Closed Beta available in?

The Closed Beta will be available in North America and Europe.

What languages is the Closed Beta available?

The Closed Beta will feature English, French, Spanish, and German in both text and voiceover.

Your Founder's Pack will equip you for the many journeys ahead. First prepare your character and skills in the beta and head start access, then stuff your inventory with plenty of exclusive items before you embark on your quest for the Lost Ark 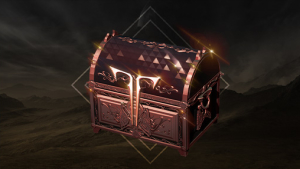 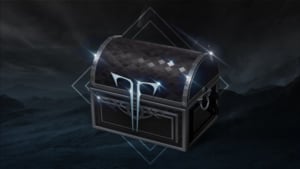 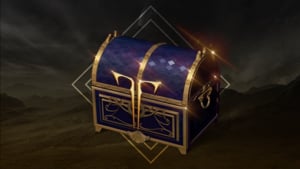 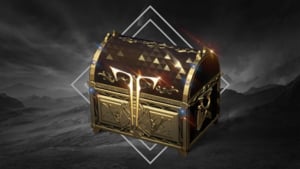 All content up to Rohendel will be unlocked, including:

All dungeon content up to Phantom Palace will be unlocked.

Smilegate RPG are opening up 70 islands for Closed Beta participants to discover and explore.

Similar to Closed Alpha, Smilegate RPG will be running an attendance event for the duration of Closed Beta. Adventurers will be able to claim various rewards each day they log in.

Smilegate RPG made it so that Strongholds are unlocked sooner, giving adventurers the ability to have a home and decorate earlier in their journey.

Accessible after completing the Northern Bern World Quest "Afterimage of the Rift". A feature that allows you to experience and learn functions that Lost Ark has to offer:

Custom PvP matches and spectating has been added.

Lost Ark will be a completely free-to-play game with optional in-game purchases, Founder’s Packs, and other bundles released alongside new content. The in-game store features a vast array of cosmetic items for head-to-toe character customization, and convenience items such as auto-looting pets or items that allow you to access your storage while in the field. Additionally, players will have access to Mari’s Secret Store — offering special, rotating deals. Lost Ark also features a player-to-player trading post. The trading post allows the community to play an active role in the valuation of items and makes the economy within Arkesia highly flexible — letting players trade items as they see fit.

Amazon Games has been working with Smilegate RPG to update the business model to more closely align with Western norms and player expectations. Here are some key adjustments:

One of the big questions among players is monetization. Currently, Amazon Games and Smilegate RPG are working together to tune products to better fit the western audience.

All players will be able to experience Crystalline Aura, which is the exclusive premium service for the Western users.